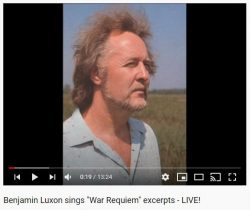 As we approach Memorial Day 2020, a Memorial Day unlike any other in our country’s history, it’s good to remember how it originated and what it is meant to memorialize. From History.com:

Originally known as Decoration Day, it originated in the years following the Civil War and became an official federal holiday in 1971. Many Americans observe Memorial Day by visiting cemeteries or memorials, holding family gatherings and participating in parades. Unofficially, it marks the beginning of the summer season…

…And some records show that one of the earliest Memorial Day commemorations was organized by a group of freed slaves in Charleston, South Carolina less than a month after the Confederacy surrendered in 1865.

Tradition has it that “Each year on Memorial Day a national moment of remembrance takes place at 3:00 PM local time.” This year, for too many people, that moment will be endless, and personal.

This year, if you opened your Sunday New York Times and were stunned into a wave of new grief; this year, if you feel that Memorial Day is a day for a requiem, not simply recreation–

Listen to our own Ben Luxon in an excerpt from Benjamin Britten’s War Requiem. The Requiem sets Wilfred Owen poems to music. Ben was close to Britten, and is also a fine reader of Owen poems. Below, a short recording of Ben at Tanglewood in 1986. The YouTube poster says this:

From a performance held at Tanglewood Music Festival in 1986, here are a few excerpts featuring Benjamin Luxon, baritone. Seiji Ozawa conducts, with soprano Carol Vaness and tenor Thomas Moser. The video indicates the performance as July, 1986. It actually took place on August 31, 1986.

1. “Bugles sang”
2. “Be slowly lifted up” (Sonnet: On Seeing a Piece of Our Artillery Brought into Action)
3. “Isaac and Abram”
4. “After the blast of lightning from the east” (The End)

Wilfred Owen (1893-1918) was killed by German machine-gun fire leading his men across a canal in northwest France on November 4, 1918. News of his death reached his home a week later as the town’s church bells declared peace. In just thirteen months, in battle, in hospital, and back in battle again, Owen wrote thirty-one war poems, blazing into mature power with many poems considered the finest about war in the English language. They are known for their passion, sorrow, and courage; the unsparing portrayal of the special horrors invented in WW I; and their artistry and technical innovation.