The Green Box – Book and Film Preview with Jim Kurtz 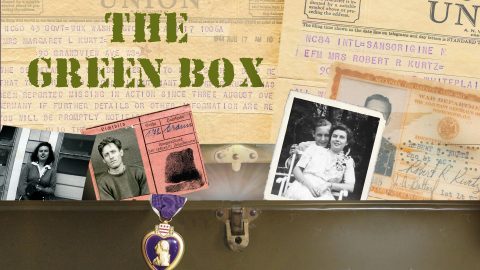 Jim Kurtz will read from his book The Green Box, with an accompanying slide show. The Green Box is the gripping story of an ordinary man called to war — a story rediscovered by a son through a handful of telegrams, letters, and other clues. Jim Kurtz’s persistent efforts to search the archives, the memories of other airmen in WWII, and the European sites where his father fought and was imprisoned are captivating. He shows us how his father answered the call to duty, carried out bombing missions in service to his country, and suffered the inhumane conditions of a German POW camp and the lasting effects we today call PTSD.

Audience members will also get a preview of the documentary film in development and a talk and Q&A with the producer. There will be a book signing afterward.