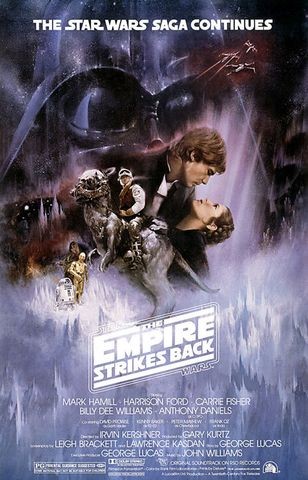 It’s Friday night at the movies at the Arts Center.  This month’s selection for the whole family  is “The Empire Strikes Back”