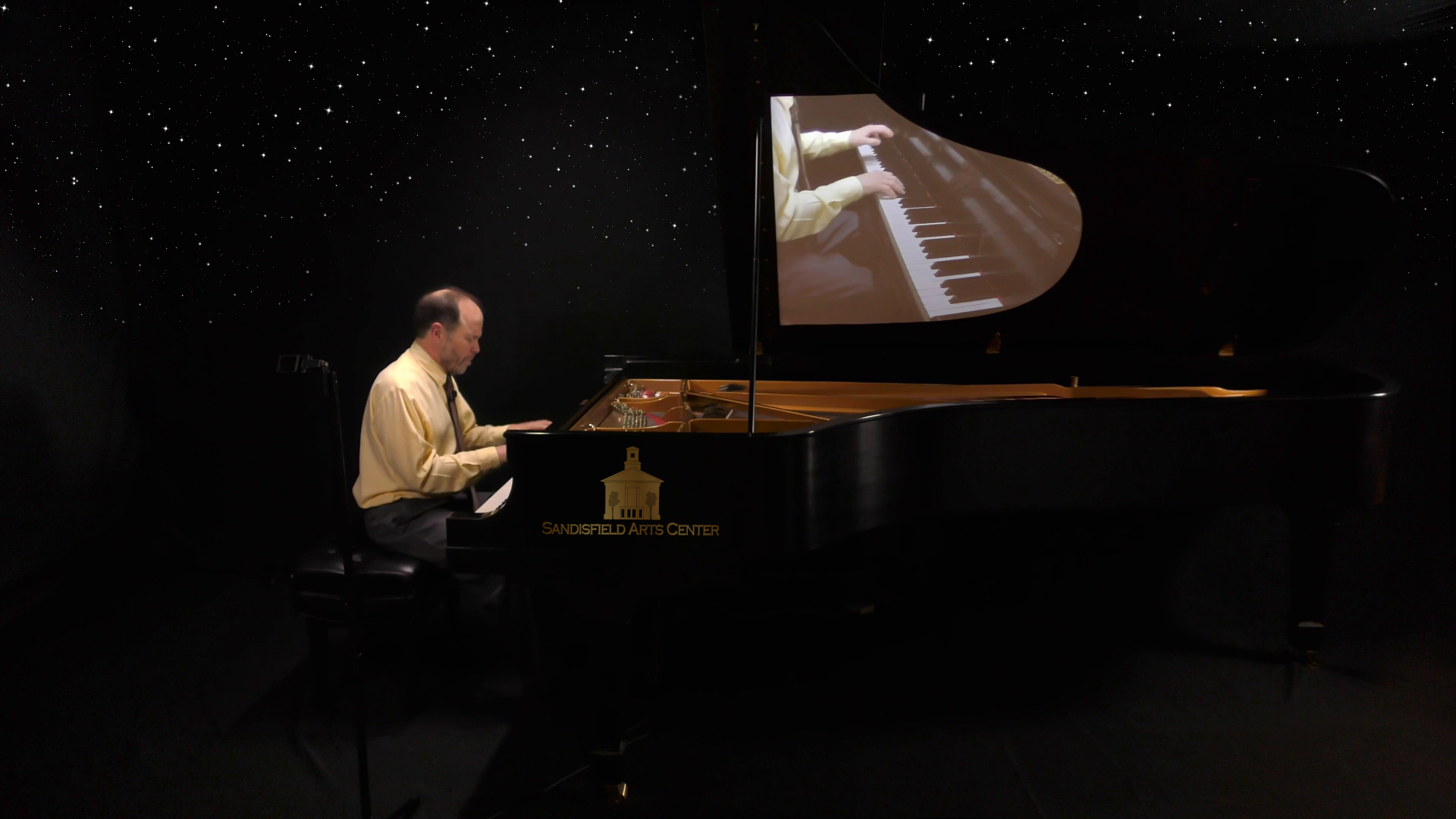 By popular demand, world-class pianist Fred Moyer and his Moyercam returns to the Arts Center this year for a free YouTube Premiere program followed by a Zoom reception/conversation with Fred.

Musical connections between the genres of classical and jazz music are often overlooked. Perhaps that’s why Fred’s classical-jazz concert program continues to be one of his most popular offerings. Both classical and jazz fans have embraced Fred’s classical-jazz concerts, and the format has been a revelation to many who would assume that the two styles are incompatible. It’s a combination that brings the audience to its feet every time!

This June 12 event is in two parts:

At 8:15 PM, a post-concert conversation with Fred over Zoom is now free! Ben Luxon will be on hand to introduce Fred and kick off the conversation. Register for that and get the Zoom link on this other page.