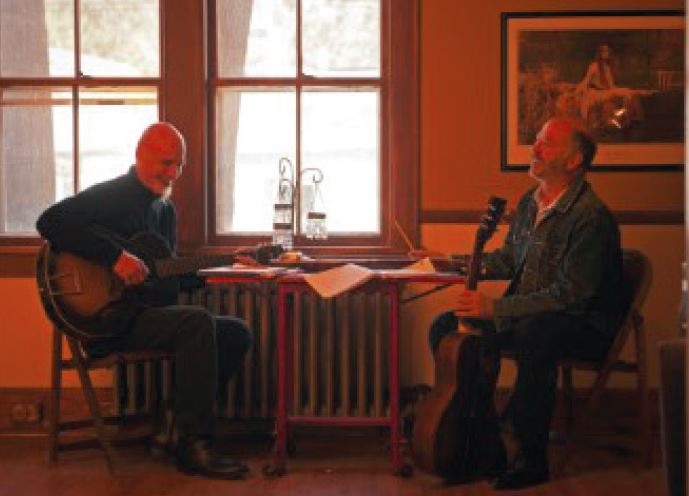 Live music returns to the Sandisfield Arts Center in this special performance rescheduled from our 2020 (delayed) anniversary year!

Joel Brown is no stranger to the Sandisfield Arts Center.  As a classical guitarist, he has appeared many times as a soloist and chamber musician. He has performed jazz at the Arts Center with his father and son, and has often played here as a member of Chris Brubeck’s Triple Play. But he also has a musical personality that has never been heard at the Arts Center. As a singer-songwriter he has been writing, recording, and performing with his longtime friend and collaborator, Dave Maswick. In this performance, Joel will play some of his favorite classical pieces and then will be joined by Mr. Maswick for a set of original songs that feature beautifully arranged harmony and intricate, finger-picked guitar work.

All events at the Arts Center require proof of vaccination for anyone age 12 and up, and wearing a mask.