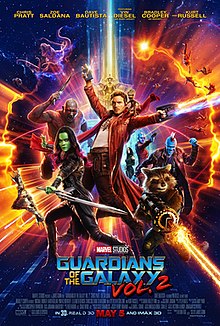 It’s Friday night at the movies at the Arts Center.  This month’s selection for the whole family is Guardians of the Galaxy vol 2.  Popcorn and snacks are provided.