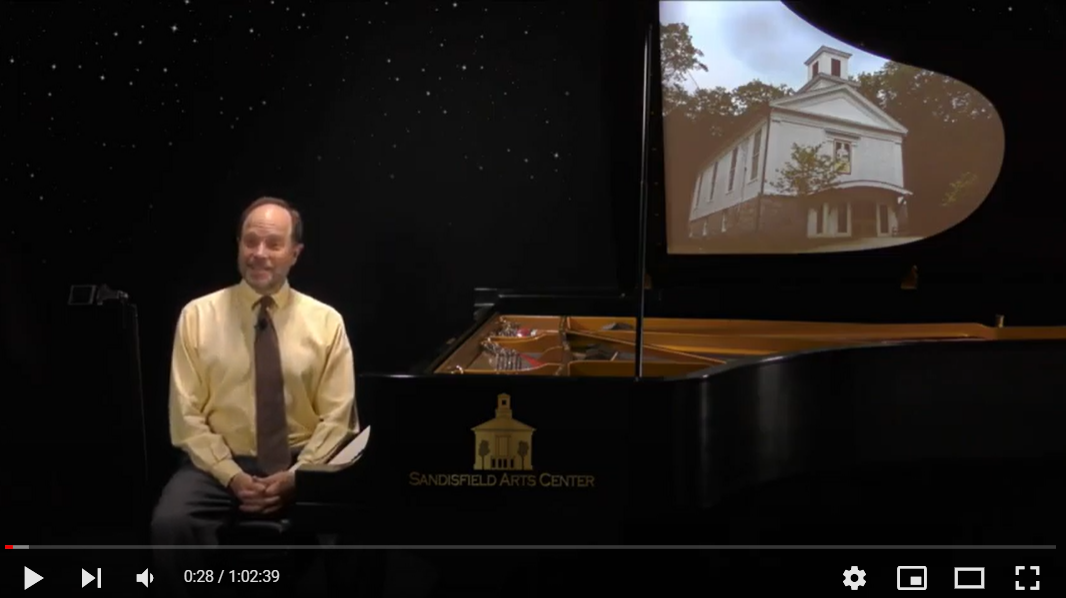 We are thrilled to bring back Frederick Moyer after his wonderful recitals in 2018 and 2019 – and his Moonlight Sonata YouTube Premiere created in 2020 just for the Arts Center.

Moyer is equally at home with Bach, Rachmaninoff, and Schoenberg as well as Ellington and Peterson. His recitals are engaging and generally include time-honored favorites. His MoyerCam is a projection system that allows the audience to see his hands as he plays.  Audience members at his 2018 Arts Center recital raved about how much this brought them into the music as he played it, and garnered some converts to classical music. 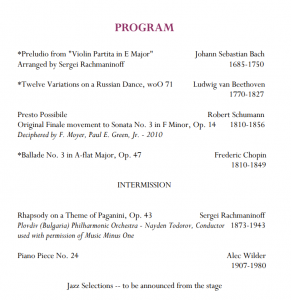 Frederick Moyer has established a vital musical career that has taken him to forty-four countries and to such distant venues as Suntory Hall in Tokyo, Sydney Opera House, Windsor Castle, Carnegie Recital Hall, Tanglewood, and the Kennedy Center. He has appeared as piano soloist with world renowned orchestras including the Cleveland, Philadelphia and Minnesota Orchestras, the St. Louis, Dallas, Indianapolis, Milwaukee, Baltimore, Pittsburgh, Houston, Boston, Singapore, Netherlands Radio, Latvian, Iceland and London Symphony Orchestras, the Buffalo, Hong Kong and Japan Philharmonic Symphony Orchestras, the National Symphony Orchestra of Brazil, and the major orchestras of Australia. His many recordings on the Biddulph, GM and JRI labels reflect an affinity for a wide variety of styles. In recital, his delightful commentary from the stage brings the audience into the heart of the musical experience. Moyer’s wide-ranging interests have led him to undertake many unique and ground-breaking projects, often involving software that he writes himself.

Critical praise for Frederick Moyer, Pianist:
– “First-class … His playing is clean, unmannered and full of ideas and intelligence.” The New York Times
– “Moyer breezed through this splendidly varied and arduously demanding recital with technical and stylistic colors flying.” Los Angeles Times
– “His interpretations were as instinctively true as they were intelligent, and his technique was capable of all demands placed on it.” Washington Post

This introduction to Ravel’s “Ondine” with an introduction by Moyer captures his engaging approach to making the music accessible and alive.