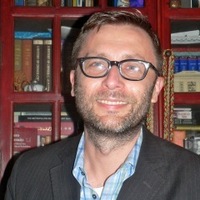 In his talk and slide presentation, historian and part-time Sandisfield resident Dr. Robert A. Maryks will tell a story of the impact of the racial laws on the Jews (and those who were considered Jews) under the Mussolini regime. This story is based on 139 letters that were exchanged between the victims of those laws (and their relatives and friends) and the Jesuit priest Pietro Tacchi Venturi (1861–1956) who interceded within the Fascist government in order to circumvent or alleviate various provisions of the 1938 anti-Jewish legislation. Maryks discovered these letters in a Roman archive and published them in a recent book.

Robert A. Maryks, PhD (Fordham University) has published widely on the history of the Jesuits, including, most recently, the edited volume Encounters between Jesuits and Protestants in Asia and the Americas (Brill, 2018). He is the editor of the Journal of Jesuits Studies, Brill’s series of Jesuit Studies, Jesuit Historiography Online, and Brill Research Perspectives in Jesuit Studies.