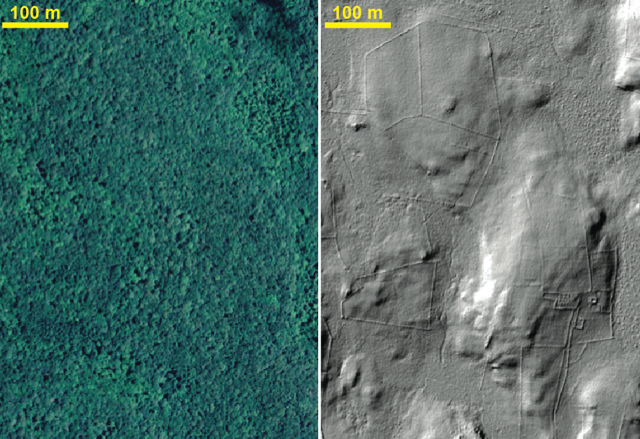 Airborne laser-scanners (LiDAR) provide high-resolution, three-dimensional images of topographic and archaeological features that are hidden by the forest canopy, such as stone walls, charcoal hearths, building foundations, mill dams, and abandoned roads and pathways. This talk explores the use of LiDAR throughout southern New England as a platform for mapping and scientific investigation into the geologic history of the region, with particular focus on the extent and legacy of 300 years of changing land use in the northeastern US following European settlement.

Will Ouimet is an associate professor in the Department of Geosciences at the University of Connecticut. A western Massachusetts native, he received a BA from Williams College in 2001, a PhD from MIT in 2007, and joined UConn as faculty in January 2011. He is a geomorphologist who studies surface processes, erosion, landforms, and landscapes around the world.